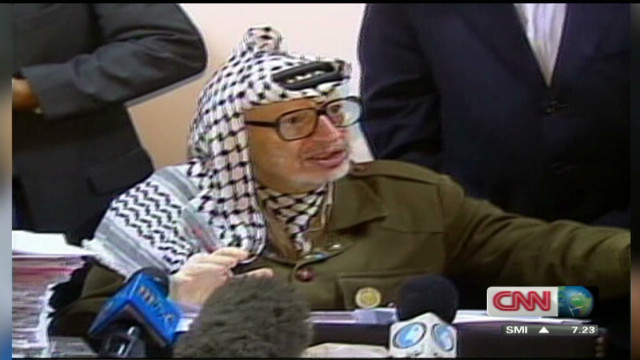 STORY HIGHLIGHTS
(CNN) -- The widow of Palestinian leader Yasser Arafat said Wednesday she wants his body exhumed to find out whether he was poisoned after tests showed high levels of a radioactive substance on some of his personal belongings.
Suha Arafat told CNN she is requesting the body be exhumed "to make sure 100% of the existence of polonium."
A Swiss doctor said Wednesday they found high levels of toxic polonium-210 on some of Arafat's belongings, though it does not mean he suffered radiation poisoning.
"We have evidence there is too much polonium, but we also have hints from the medical records that this may not be the case," said Francois Bochud, director of the Institut de Radiophysique in Lausanne, Switzerland. "The only way to resolve this anomaly would be by testing the body."