Cartoon Weight Gain – Is It Contributing To Bigarexia

For years, women have been saying that they are objectified by the media but these days it looks as though guys are getting the same treatment. Everywhere you look the "ideal" male physique is portrayed as being super-buff, with giant pecs, bulging biceps, perfect six-pack abs and a super-trim waist. And it's not just models and movie stars-it's happening in cartoons and with action figures. If it seems that the Batman, Superman, GI Joe or even Star Wars action figure that you bought your kid has a bigger, way more muscular physique than you remember it having when you were a kid, it's not your imagination, they're getting bigger-a lot bigger.

Several studies on the subject done over the last ten years all came to the conclusion that portrayals of the ideal male figure-even cartoon characters and kid's action figures-have become larger-than-life. In her study, Male body image obsession: the number of men with eating disorders and "bigarexia" is rising, researcher Susie Langley says that measurements of children's action figures today have "measurements approaching steroid-enhanced biceps, rippled abs and nipped waist compared to the early G.I. Joe." 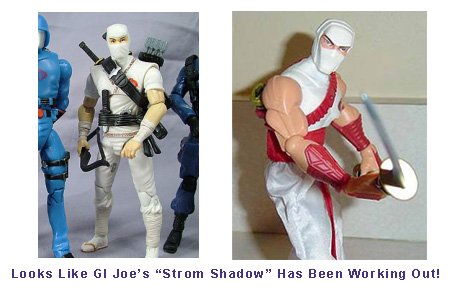 Other action figures with long-term popularity, like Batman, Luke Skywalker and Hans Solo, have also apparently been hitting the gym over the years, because they're all bulking up too. Some action figures like X-Men's Wolverine have physiques that far exceed the muscularity of even the largest competitive bodybuilders. A life-size Wolverine would have 62″ chest and 32′ biceps!

Like the boys' action figures, the ones for girls have been evolving too. Barbie has gotten a lot bustier over the years. There has been a lot of backlash about this from different advocacy groups too. Psychologists and sociologists say that the tiny waisted, super boobed dolls put unrealistic expectations on girls. The result they say is a dramatic increase in the number of girls and young women who suffer from bulimia, anorexia, depression and more.

But what about boys? How do the super-bulging ripped action figures impact boys and not only when they're young but also when they grow into manhood? Not surprisingly, the number of boys and young men with eating disorders such as anorexia and bulimia on the rise among both male high school and college students. For these guys, even though to the rest of the world they might be in really great shape, to them they fall short of their imagined "ideal."

Incidents of Body Dysmorphic Disorder (BDD) are also on the rise among males. Susie Langley's research shows that incidents of BDD among young men are increasing at a steady pace. BDD is a condition that causes sufferers to become preoccupied with imaginary defects in their physical appearance. Among body builders, you're mostly likely to see muscle dysmorphia-a subclass of BDD which results in a pathological preoccupation with muscularity ("bigarexia"). It's kind of like a reverse anorexia but unlike never being "skinny enough," the bigarexia sufferer can never get "big enough." Though the rest of the world might see a ripped specimen of masculinity, these a guy with bigarexia looks in the mirror and sees himself as being skinny.

So far, men only make up about 10-15% of the cases-up from about 3-5% not that long ago. But even so, eating disorders in men can not only be debilitating, but downright dangerous. 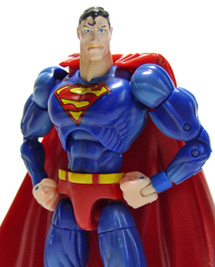 So what's a guy to do to make sure he stays on the right track and avoids any of these problems? Or if you have children, what do you need to know about eating disorders and what can you do about it to help them? Aside from any psychological or pathological issues, self-esteem seems to be the big culprit. According to Dr. Howard Steiger, a clinical psychologist and director of the eating disorder program at Douglas Hospital in Montreal, most people with eating disorders have unstable self-esteem.

As far your children go, Brian Pronger at the University of Toronto says that we should teach children to look at body images in the same critical way they are told to consider art and literature — to be able to recognize what has merit. "If we were doing the same with physical education, people could learn to have a different reaction to these extreme body images," he says. "They would say, 'Hey, I don't want to be part of this pressure to fall in love with a highly commercialized image.' "

As men, the solution is to be self-confident enough to realize that self-image shouldn't depend on outside images and false perceptions. It's good to workout and workout hard. Guys who train religiously and adhere to strict dieting regimens should be proud. It shows discipline and commitment. But at the same time it's important to focus on what's happening on the inside-no amount of change on the outside will make up for how you feel on the inside. Self-assurance and self-confidence need to come from within, not from someone else's hyped-up unrealistic portrayal of what a guy should be.