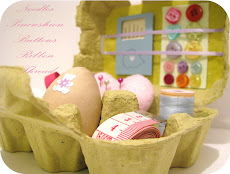 It is a common problem. Your have captured some adorable photographs of your new baby boy and can't wait to show them off to your friends and family only to be disappointed, when you look at them on your computer or pick them up from the photo lab, by the terrible red eye.

Your precious child looks like a demon or something from a scary movie. This problem is commonly referred to as "red eye."

Red eye is caused by the light from camera's flash reflecting off of the retina in the back of the eye.

In low light conditions the iris of the eye is larger providing for a larger surface to appear red in your photos.

Unfortunately, it is in low light conditions that a flash is needed the most.

Red is becoming more and more of a problem and this is partly due to the emergence of digital photo technology. Since digital cameras do not need the same internal mechanics or space for film they are becoming smaller and smaller compared to their film counterparts.

This means that the flash is much closer to the lens. In fact, in most new point and shoot digital cameras the flash is directly above the lens.

This is the problem. When the flash is closer to the lens it causes the flash to enter the iris directly and reflect straight back to the camera causing the terrible red eye that has ruined your family pictures.

Most digital cameras have a red eye reduction feature built in which causes a pre flash immediately before the camera exposes the image.

This causes the iris to become smaller for the actual picture. Unfortunately, this function rarely completely eliminates red eye from your photographs.

Since most point and shoot digital cameras do not have a hot shoe allowing the photographer to add a flash away from the camera the only option for eliminating red eye is to fix it after the fact.

This is where Adobe Photoshop comes in. Photoshop makes it easy to correct even the worst cases of red eye in photographs.

Are you concerned that Photoshop is too complicated or difficult to learn? Don't be. Even someone with no experience at all can quickly and easily learn to fix red eye like a pro using Adobe Photoshop.